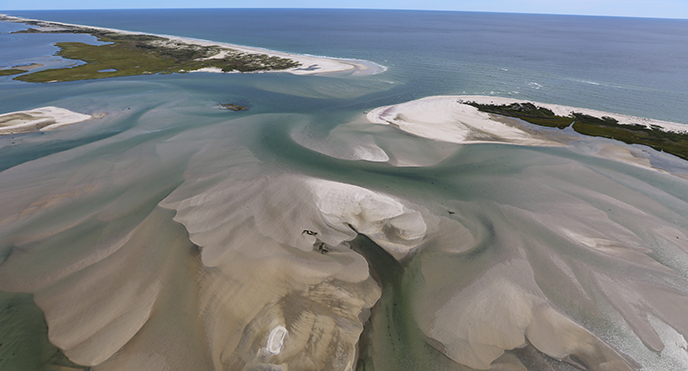 Patchogue, NY – The National Park Service (NPS) announced today that the the Final Fire Island Wilderness Breach Management Plan/Environmental Impact Statement (Final Breach Plan/EIS) is now available online. A final decision on the plan will be made after a required 30-day no action period.  The Final Breach Plan/EIS identifies No Human Intervention Unless Established Criteria are Exceeded (Alternative 3 in the plan), as the NPS preferred alternative for managing the breach that formed within the Otis Pike Fire Island High Dune Wilderness during Hurricane Sandy in 2012. The Final Breach Plan/EIS evaluates the impacts of all alternatives considered in the plan, and responds to public and agency comments received on the Draft Breach Plan/EIS during the 45-day comment period which began in October, 2016.A final decision on the Final Breach Plan/EIS will be documented through a Record of Decision signed by the Northeast Regional Director Gay Vietzke at least 30 days from the publication of the plan in the Federal Register. Notice of the decision will be announced through press release and on www.nps.gov/FIIS.The Draft Breach Plan/EIS evaluated the impacts of three alternatives for the management of the wilderness breach. The Wilderness Act requires the wilderness breach to be managed in a way that preserves wilderness character. The Otis Pike Fire Island High Dune Wilderness Act, the legislation that established the Fire Island Wilderness, permits the NPS to close the breach in order “to prevent loss of life, flooding, and other severe economic and physical damage to the Great South Bay and surrounding areas.” These management directives and public and agency comments guided the development of the management plan and the NPS decision to recommend Alternative 3 for selection.Planning documents, including the Draft and Final Breach Management Plans/EISs  are available online at the NPS Planning, Environment and Public Comment (PEPC) website. For more information on the wilderness breach please visit: https://www.nps.gov/fiis/learn/nature/breaches.htm.

As Five-Year Sandy Anniversary Nears, NPS Looks Back on Recovery…