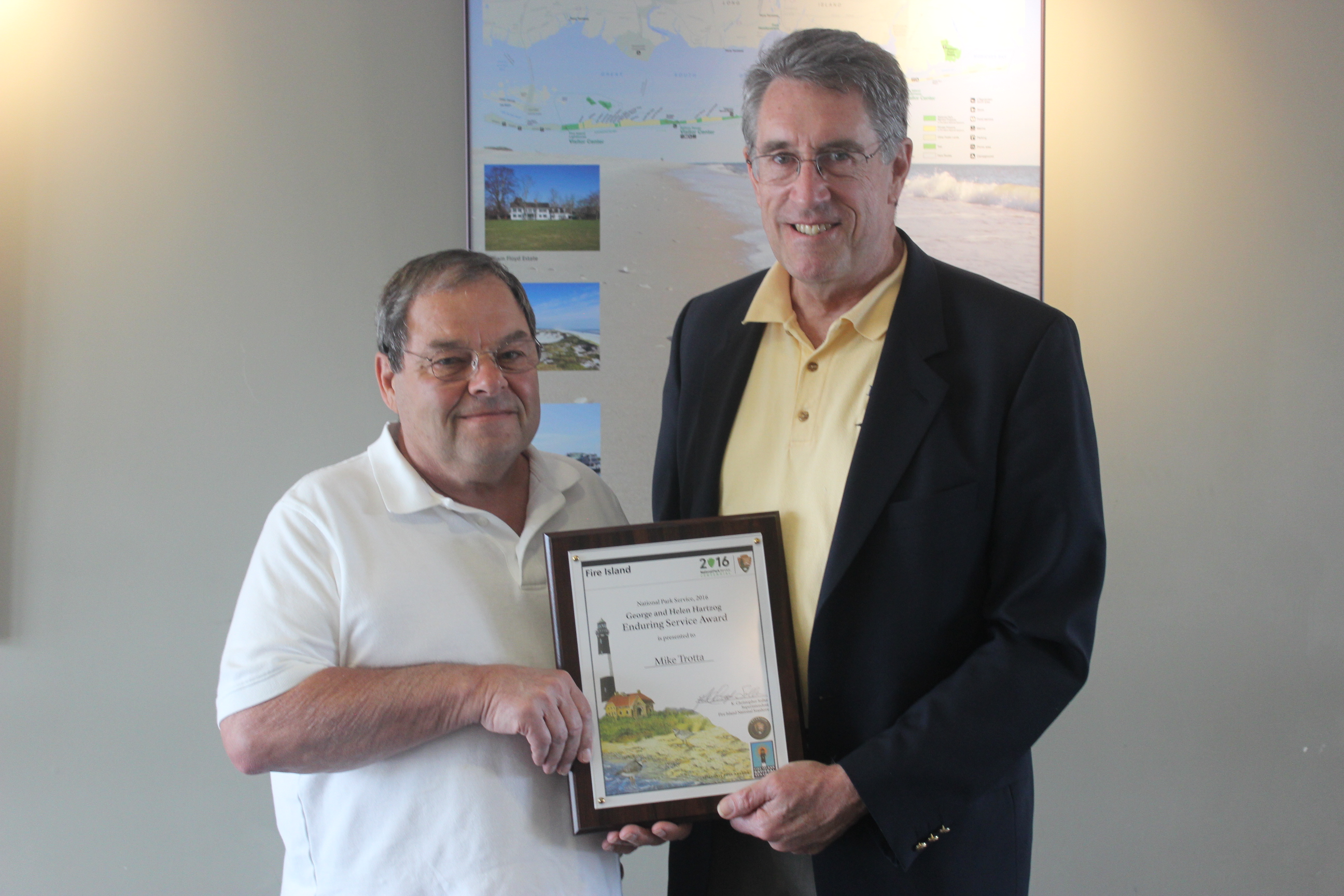 “No matter what he is working on, Mike is always working to
make a difference,” said Seashore Superintendent Chris Soller.
Mr. Trotta has built desks and lifeguard stands, repaired phone
lines and appliances, and guided youth groups in the
replacement of fencing and restoration of an historic
boathouse. Mr. Trotta also volunteers at the Seashore’s
Wilderness Visitor Center with his wife Mary, where they share
their passion for the Seashore with visitors from across Long
Island and around the globe.
Mr. Trotta will join Hartzog Award recipients from around the
country on August 1 for a joint National Park Service/National Park
Foundation ceremony in Washington,
DC. The George and Helen
Hartzog Awards for Outstanding Volunteer Service are
named for former National Park Service Director George B.
Hartzog, Jr. and his wife Helen. Hartzog served as the head of
the National Park Service from 1964 to 1972. In 1970, he
established the Volunteers-In-Parks Program with 300
volunteers.

Since then, more than four and a half million people have
donated more than one and a half billion hours of service in
national parks. Last year alone, there were 339,662
Volunteers-in-Parks, greeting visitors, building trails,
leading programs, conducting research and doing just about any
task imaginable.

For more information on becoming a National Park Service
volunteer, visit www.volunteer.gov or to
contact Fire Island National
Seashore’s volunteer coordinator at 631-687-4780.
Those who contribute 101 hours of service in this, the 101st
year of the National Park Service, will earn a special
certificate of appreciation.

As Five-Year Sandy Anniversary Nears, NPS Looks Back on Recovery…