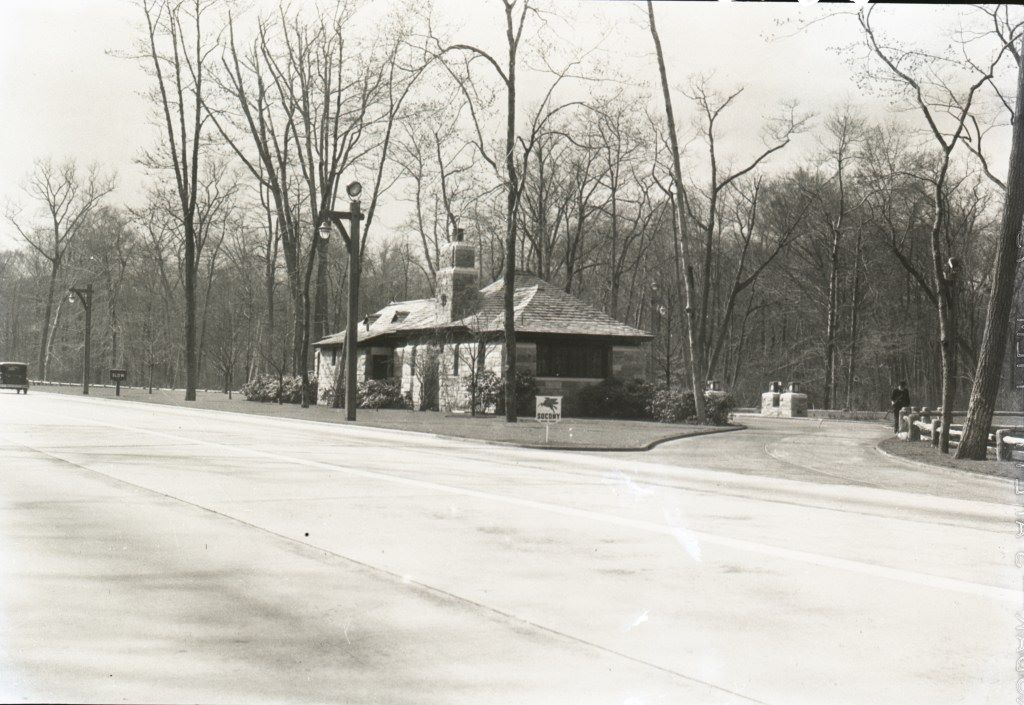 Most Long Islanders spend a large amount of time on the vast array of parkways running through the Island. One of those being the infamous Northern State Parkway. What most people do not spend a lot of time on is looking at the center medium or even worrying about filling up their gas tanks while traveling on the parkways.

Hidden in the center medium of the Northern State Parkway site’s a stone structure that during the summer is overgrown and barely noticeable. Some wonder what this mysterious structure is, and just dismiss it as a relic of a bygone era of when Long Island was barren and fuel economy was short of being miserably low.

The structure that is hidden in the Summer, and wide open in the Winter is in-fact a relic of a bygone Long Island era. It was an era when residents of New York City would rush to the suburb’s or the barren land of Long Island to enjoy their weekends and summers. It was a time when the Parkways speed limits were a lot lower, and when a single gas tank could not get you from Fire Island to New York City and back.

The structure, as well as the parkway itself, was a vision of Robert Moses himself, the main purposes were to connect city dwellers to the nature and park system on Long Island. It’s secondary purpose was to be an extension of those parks. They were to look, and feel like the parks that they connected with. Wooden guardrails, wooden post street lights and lantern looking lights, all flanked the 2 lane parkway all the way from the city to Sunken Meadow and Heckscher State Park.

For the entire Parkway system on Long Island, there were eight service stations built, two of which were located on the Northern State Parkway itself. One of those stations were built at an undisclosed date but was eventually demolished to make way for a widening project, while the other still stands in the Dix Hills section of the parkway.

The Dix Hill service station’s construction date and even when it open, is apparently a mystery and cannot be found anywhere in newspaper archives. However, one can assume that the station was built sometime around 1952. The assumption is safe to say since in 1952, Newsday published an article stating that they open the eastern portion of the parkway.

Not all the gas stations on the Parkways were 24 hour stations, most were limited hours and were contracted by outside corporations to run them. They were only made 24 hour stations in 1955, when the Parks Department made that decision for

In 1977 the state had decided it would award a new contract to a local company based in Jericho, NY. This apparently did not work that great since newsday gave a report in 1980, only 3 years after the new Jericho company took over, that Long Island Parkways gas cost more then other stations in the area, as well as other highway service stations.

We find out that the company in charge of the Dix Hills service station was named Vantage Petroleum Corporation. Not only did they run the Dix Hills station, they also ran a total of seven other stations. This is not easily found, but is stated in a newsday article dated 1982, which is also when it was announced that Vantage would be sued by New York State for unpaid rent and was facing eviction.

Shortly the lawsuit was announced, the owner of Vantage was found guilty. The charges were for defrauding New York State with sales tax from 1978 to 1981. This is also when Vantage announced that they were going bankrupt.

By 1986, only 3 of the 8 service stations existed, and in 1988 it was announced that the Town of Huntington was considering the station for preservation as a landmark.

Today the service station sits on it’s island in the middle of the Northern State Parkway, cement fills the doors and windows preventing vandals from accessing the building. Some passerby’s wonder what it is, some want it to re-open as a tourist information stop.

I have reached out to the Huntington Historical Society for more information, and have not yet heard from them.. If you have any information please feel free to reach out to me so I can properly update this article